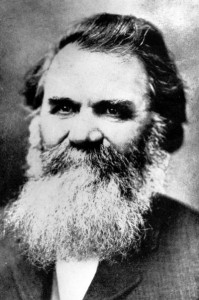 This was the statement that D.D. Palmer made that forever separated/differentiated Chiropractic from conventional medicine in that Chiropractic is hereby classified as belonging to the philosophy of vitalism. To understand how Chiropractic actually functions, we first of all need to understand the meaning of vitalism as well as its connection to the ability of Chiropractic to actively support the body’s own self-healing system (especially when all other attempts have failed).

Classic vitalism describes human nature from not only physical, emotional and mental aspects, but also includes spiritual aspects. Vitalism is based on the belief that a form of cosmic intelligence exists within the universe which leads and guides everything.

He stated that “Everybody who has seriously explored science will arrive at the conviction that a spiritual entity is part of the laws of the universe.”

The philosophy of Chiropractic recognises the existence of an innate, natural life energy within the body that regulated all functions. Interference can occur between this natural life energy and the spinal column (or with any anatomic structure). Chiropractic refers to this interference as vertebral subluxation. Sub-lux-ation means a suppression of light. A vertebral subluxation is a defective position of one or more vertebrae which in-turn disturb the function of the nervous system.

“A subluxation means that there is pressure acting on the nerves which causes abnormal function of the nervous system which in-turn creates a pathologic change in the body which has either already manifested itself or is in the process of developing.” (DD und BJ Palmer: The Science of Chiropractic)

A subluxation is caused by physical stress (birth, accident), emotional stress (interpersonal relationships), and chemical stress (substances that have been ingested or the body exposed to).
Subluxations can be corrected and the optimum vital state (a fully functioning nervous system) restored. Chiropractors free the body from subluxations, release the suppressed life energy and restore the normal function of the nervous system and stimulate the body’s self-healing power.